If you want people to like you, make them lasagna.

It’s a great go-to dish for having company over.  And even a better drop-at-a-friends-house-and-run meal.  But if you’re gonna go that route, be smart. Make two, and keep one for yourself or you’ll be pissed.  I promise.

For all you meat lovers out there, don’t fret.  This hearty veggie bombshell will keep you fully satisfied.  And for all you creative cooks out there, let the juices flow.  Get crazy and add whatever veggies you want.

Oh, and cheese.  But that’s not a veggie, right?  It really should be.

If cheese were considered a veggie, man I would eat a lot of veggies.  Why do I keep saying veggies?

You know when you say a word over and over again and it starts to not even sound like a word anymore?  Like the word Google.  I mean what is that? How is the word Google a real word?  And now it’s used as a verb?  “Just google it.”

That word didn’t even exist until the late 90’s, which is also super weird.  Like we don’t already have enough words.  Let’s add another word and make it one of the most popular words EVER.

This sauce simmers slowly while you go ahead and boil those fancy lasagna noodles.

Free facial anyone?  Stop pretending like you don’t intentionally stick your face in the pasta steam and act like you’re getting a deluxe package at the spa.

I know, it’s the simple pleasures.

While there may be several steps to making this dish, it’s all fairly simple and totally doable.  If I can make this meal with a two year old sprinting around my house, and coloring on the kitchen floor (yes, literally coloring on the tiles) then you can too. The real question is, how do I get crayon off my kitchen tile? 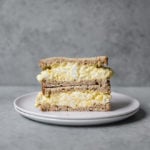 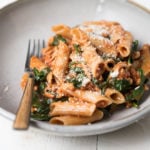 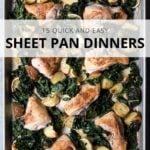 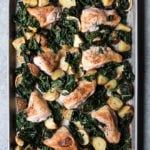 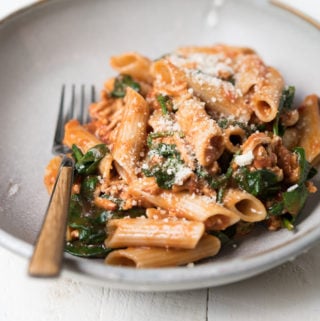